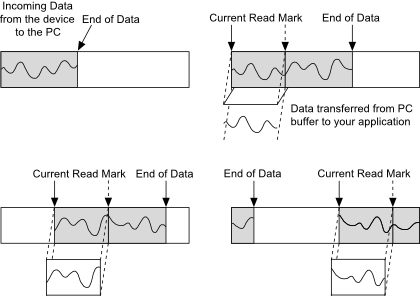 When a continuous operation reaches the end of the buffer, it returns to the beginning and fills up (or in the case of output operations, reads from) the same buffer again. Your input application must retrieve data in blocks, from one location in the buffer, while the data enters the circular buffer at a different location, so newer data does not overwrite unread data.