Parent Topic: Getting Started with Monitoring the System

The NI InsightCM web application provides several ways for you to view information about current and past alarms. The following table describes these tools and how to access them.

On the Alarms page, alarms can have a combination of the following states:

To demonstrate how alarm instances transition state, consider the following illustration where an alarm is set (1) and cleared (2) twice. Assume the alarm is never acknowledged by a user. In this example, the same alarm instance remains on the Active System Alarms or Active Trend Alarms tab the entire time even though its status transitions to Clear twice.

To see the transitions of an alarm instance from Set to Clear, select the alarm on the Active System Alarms tab or Alarm Instances dialog box of the Alarms page, then find the Transitions section on the Details pane as the following figure shows. 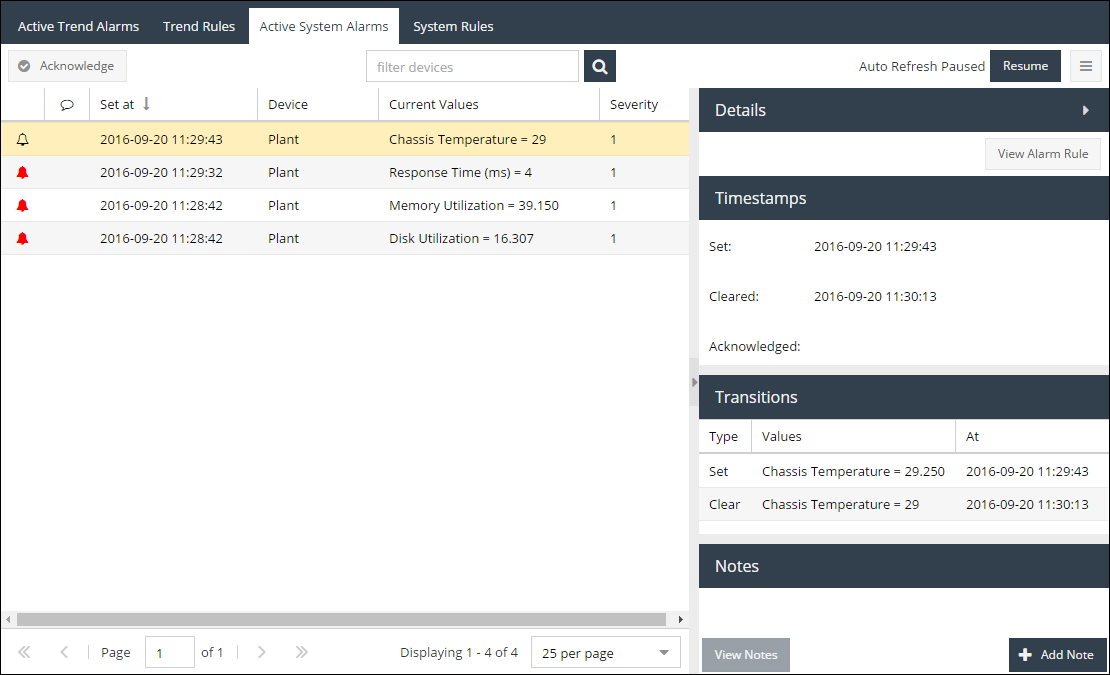