Parent Topic: Allowing Data to Flow between Processes in a Specific Order

Data sets are the format in which measurement data and its properties pass between processes in the Dataflow Script. A data set consists of the waveforms and/or single-point values that the channels in a particular data group acquire.

Contents of a Data Set

The format of a data set is a LabVIEW cluster that contains the following elements:

Flow of Data Sets through the Dataflow Script 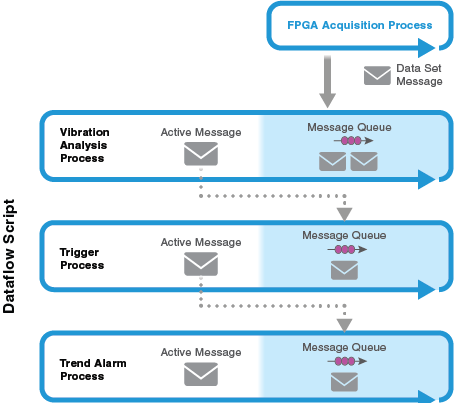 Handling a Data Set and Transferring Data to the Next Process